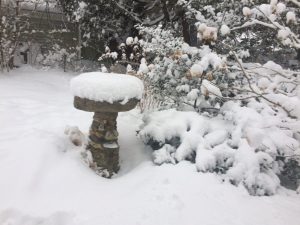 I woke up to find the flakes falling again this morning, this time fresh snow upon layers already fallen. When it snowed here in November, my heart was too heavy to carry me outside. I remembered a childhood of snow in Pennsylvania, saw three winters in Boston with none, then I lived in Montreal for seven years, and oh did I relearn snow! I was excited by the childhood memories it brought back to me, and more recently, Chicago has sporadically brought its share.

In November, I was acutely aware that I was not in the presence of anyone I had wintered with before. I was separated from those whom I shared my story with. I did not go outside during any of those hours of falling snow, not while it lay fresh and fluffed and pristine, asking me to break through it, as I usually do, in joy. I could not get myself to inscribe those fresh marks. I was ‘misplaced,’ having relocated myself across 847 miles of people and history – and stories. 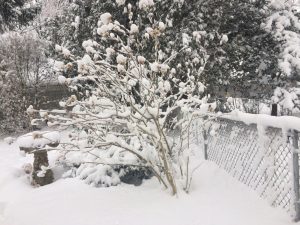 Snow evokes stories. Along with personal stories, snow brings to my mind seemingly eternal cycles of time, eras of uncountable winters. In Montreal, I thought of people who had walked the snow-covered path up the Mountain, in the center of the city. While living there, I was present for the Oka Crisis, a standoff between the people of Kanehsatake and people of a local golf course adjacent to their lands and sacred to their people. The Haudenosaunee (Mohawk) people continued to live in proximity to the city, Warriors and the Women of the Longhouse who were still present and advocating for agency. And so, I learned that Montreal was not just the 350+ year old, picturesque francophone city, but a continuing, complex story of people and interactions from way before my time. While the land had endured, so had the people. 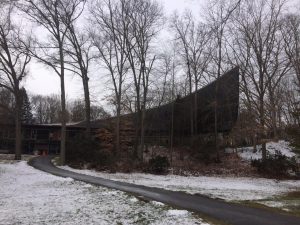 While I adjust to my relocation, I wonder now whose footprints once stepped across snow here? What stories intersect with this place, going back in time? For me, getting to know a place consists of meeting people and their stories, as well as the stories of all the people who lived on the land before. I find strength in all of these stories, layered together and holding me up. In the Anishinaabe tradition which I learned of in Chicago, there are stories only told in winter, stories that were sacred and holy for that time, that held them out. 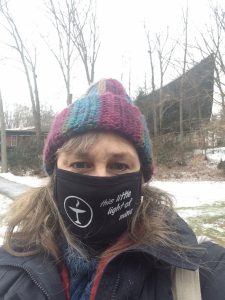 In the past week, I have finally stepped out into expanses of snow; I have swept and shoveled and stomped. I am more present than I was in November. And I am more familiar, now, with the church. Across screens of Zoom meetings, I am feeling more comfortable as I recognize faces and know some of your stories. And I am looking forward to getting to know more of you, here as we endure another season of being apart but not alone. What is sacred to us, what has sustained us? What stories do we tell that keep us going? What stories have we draw on, of times that ancestors endured when they might not have? Even as we persist through this present, the future is emerging. Let us gather our lessons gained, on this land, as we bring an endurance deeper than hope, grounded.