Agenda of the 70th 69th Annual Meeting of The Unitarian Universalist Congregation in Westport – June 13, 2021

Minutes of the 69th Annual Meeting of The Unitarian Universalist Congregation in Westport – June 14, 2020 – DRAFT

Minutes of the Membership Meeting of the Unitarian Church in Westport – Sunday, September 20, 2020 – DRAFT

For the Board of Trustees: 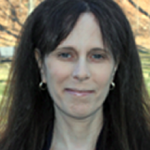 Deb Garskof (1st term to 2024): Deborah Garskof and her husband Josh have been members of TUCW since 2011. Their two sons enthusiastically participated in the Religious Education, Coming of Age, and OWL programs. Deb began her service to the TUCW community teaching RE for six years and was a member of the RE Council. She was elected to the Nominating and Leadership Development Team in 2014, serving as co-chair in the 2016-17 church year. Currently chair of the Leadership Development Team, Deb is also a member of the Safer Congregation Committee. Outside of TUCW Deb served on the Board of Directors of the Mill River Wetland Committee, a community-based environmental education nonprofit, from 2013 to 2019. Deb is an attorney by profession and is a member of the Fairfield law firm Ury & Moskow, LLC. 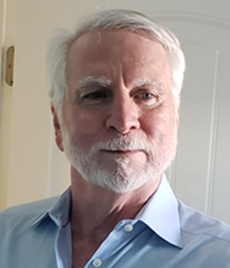 Luke Garvey (2nd term to 2024): Luke has been a member of TUCW since 2000 and was first appointed to the Board of Trustees in May 2019. His many connections to the church include: serving three terms on the nominating committee; founding the Men’s Group/A Better Man in 2017, where he continues to participate in leadership and facilitation; founding member of the Pastoral Care Associates; and ten years participation in Small Group Ministry. After a long and successful career in healthcare information systems at the executive level, he returned to school to pursue a career in psychotherapy, which he has practiced for more than 7 years. He is married with two adult children who were raised in the RE program here. 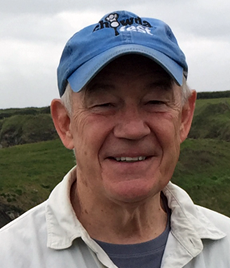 Steve Grathwohl (2nd term to 2024): Steve joined the congregation in 2010, at a time when he was searching for a new community and a new support system. He found both – and many, many new friends – at TUCW. Since joining TUCW, Steve has been active in Religious Education, the Finance Committee, and the Board of Trustees. Steve lives in Fairfield, and has been involved in local affordable housing efforts for over 20 years, in both Fairfield and Bridgeport. Steve works in commercial real estate, is the proud father of two adult sons, and loves to spend his free time running with his best friends, Alice and Cowboy.

Wendy Levy (completing 1st term to 2022): Wendy began attending TUCW and teaching RE when her boys were young in the late 1990s. She sings with the Special Projects and Chamber Choirs; has been part of a small group ministry; served on the Intern Committee; and currently chairs the Safer Congregations Committee. She helped develop the Immigration Community Support Network (ICSN) and is active in it. Born and raised in Brazil, she works as a clinical and forensic psychologist in Westport and is an Assistant Clinical Professor of Psychiatry at Yale School of Medicine. 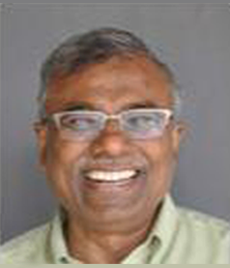 Ravi Sankar (completing 1st term to 2023): Ravi grew up in India in a Hindu household that held fairly secular views and was exposed to multiple religious faiths in India. He became a member of TUCW in 1994 and has been an active member since then: he spent over 6 years running RE classes; is a certified instructor of OWL; spent 20+ years leading classes on Hinduism; has been an active participant in social justice programs, and a member of the Finance, Immigration and Membership Committees. Ravi has been a Pastoral Chaplain since its inception. Professionally, Ravi has over 30 years in Operations, Consulting and Technology working on domestic and international projects. and is currently employed as the Director of Digital Transformation at Wipro. He is married to Sudha Sankar, with two adult daughters, Amrita and Shrutika, who grew up in the church.

For the Endowment Committee: 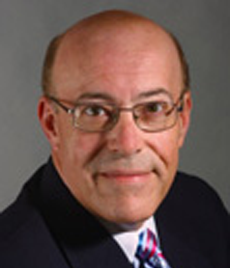 Tom Comer (completing term to 2022): A member of TUCW since 1994, Tom Comer served on the Finance Committee 2009-2014 and over the years has enjoyed the roles of usher, Habitat for Humanity coordinator, and builder of the Anita Pfluger Library Annex at Beardsley School. Tom started his career at General Foods (now Kraft-Heinz), in Finance. For the next 30 years, he worked as controller and/or CFO for small and mid-sized companies, and now enjoys semi-retirement, taking on small “gig” assignments. Tom and his wife, Charisse, are empty-nesters who live in Wilton but stay in close touch with their three children. 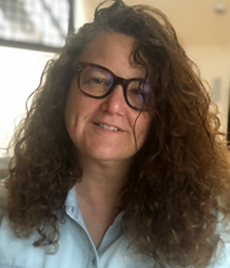 Cindy Potter (term to 2026): Cindy has been coming to the Unitarian Church in Westport since 2001 and became a member in 2010. Cindy has been an active member of the RE and Youth Group teams over the years and served on the Finance Committee from 2016 to 2019. Cindy, her husband and two children (both now in college) live in New Canaan, CT. Professionally, Cindy is in the lodging industry, having done acquisitions, lending, development and asset management for hotel real estate; she currently heads up the asset management/owner representation team for a family office with a portfolio of over $1.2B of hotel assets.

For the Committee (COM): 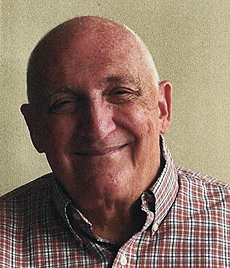 Chuck Colletti (term to 2025): Chuck has been an active member of TUCW since 1982. Some of his many connections since coming to the church include: Annual Appeal, Membership Committee, Board of Trustees, Building & Grounds Committee, Mission and Vision Committees, Year-Round Stewardship Committee, Interim Minister Search Committee, and Constitution Revision Committee. Professionally, Chuck is a recently retired media executive and consultant with a 50+ year successful career primarily in magazines and newspapers and some TV and radio. Presently, he devotes his time to his two youngest grandchildren. He has been married to Roe for 50 years, with two adult daughters, and four grandchildren. 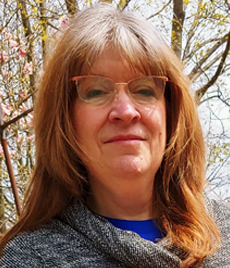 Monica Garrison (term to 2025): Monica has been a long-time member of TUCW, having started to attend twenty-six years ago when she was looking for a spiritual home for herself and family. She has been a church usher, RE teacher, member of the choir, and soup chef on Sunday mornings. Committee work has included Camp Jewell, the UU Players, Voices Cafe, and most recently the Nominating Committee. Monica works for the Norwalk Public Schools as a speech-language pathologist. She has two children, Alex and Kareen. Monica has been married for twenty-nine years to Lon Garrison, who encourages her to pursue her hobbies, which include knitting, gardening, and chicken wrangling. 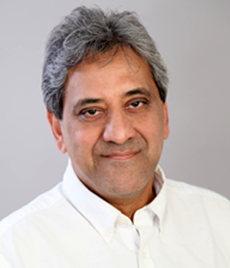 Shahan Islam (term to 2026): Shahan and his wife, Teryl Eisenberg, live in Wilton and are active members of TUCW, where their daughter Elizabeth participates in faith formation activities. Shahan has served on the Voices Committee and was the TUCW Youth Program Coordinator. His older children grew up in the UU congregation in Croton-on Hudson (NY) where he served on the Board of Trustees, numerous committees, taught all levels of RE, started a softball team and founded and ran a youth exchange program which is still active today. Shahan has founded a Wilton Girl Scout Troop and has coached softball. For the last 18 years, Shahan has been working as in-house counsel for a major pharmaceutical company while doing pro bono work in family law, immigration and preparation of end-of-life planning documents. 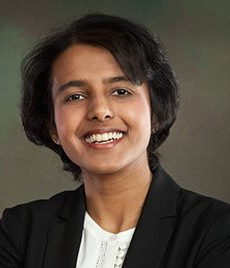 Shrutika Sankar (term to 2026): Shrutika has been a member of TUCW since 1994. She attended a variety of formative programs, ranging from RE, OWL, Youth Group, Youth Choir, Teen Choir and volunteered as a kindergarten assistant for several years in high school. In college, she was selected as the UU representative for Wellesley’s Multi-Faith Council. Upon returning to CT after her graduate degree in Economics, she became involved again with the church: singing, acting, and volunteering with the Immigration Committee. Shrutika is a data scientist. In her free time, she loves hiking in the woods, RPGs, and reading.

For the Nominating Committee: 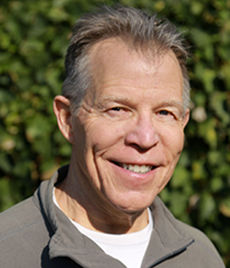 Jim Cooper (term to 2023): Jim has been vibrantly active at TUCW since his joining in 1996. His involvements include Youth Group advisor 1998-2013, RE Volunteer for grades 2-7, Ministerial Search committee (for Rev. Morehouse), Membership Committee, Leader of “A Better Man” men’s group, and currently part of the Tech Team managing our online Services. MOST notable is Jim’s meeting his wife Susan at our coffee hour, and then raising their 18-yr-old son Trevor through TUCW. Jim (or “Coop”) loves people and is familiar with many members of our community. He is always eager to lend a helping hand. 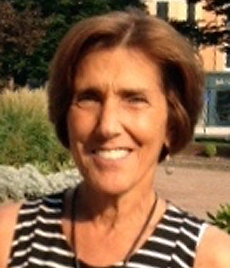 Joann Coviello (term to 2023): Joann came to TUCW 17 years ago, shortly after moving to Wilton, CT. Among her contributions to the TUCW community, she has been an active member of the Once and Again Singers, a member of the nominating committee and travelled twice to New Orleans with the youth group to help the rebuilding effort after Hurricane Katrina. She was a founding member of Voices Café and continues to support the mission of Voices through her volunteering. Joann has contributed to writing and producing several Spring Flings and Fall Follies and worked as stage manager for ten years with the TUCW Players. After a 40-year corporate career, Joann changed direction 3 years ago and works with Community Steps, part of the Wilton school system’s program to help special needs students 18-22 years of age successfully integrate into the larger community. 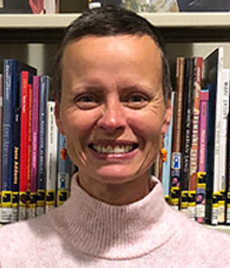 Kristine Oulman (term to 2023): Kristine is currently studying for her master’s degree in Library and Information Science at Wayne State University. She loves to read but never has the chance because she is a full-time mother, full-time student, and a full-time Youth Services Librarian at the Easton Public Library. Kristine lives in Easton with her husband, three kids and their dog, snake, chickens, and ducks.