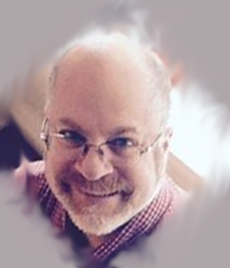 Doug Flam’s folks brought him to this church when he was a child and he remembers them enjoying the sermons of Ed Lane as he took RE with the Bryces. Vicki Yarrow and he were married by Ed Thompson in the summer of 1999 as they were looking for a spiritual ceremony that represented their values. Doug and Vicki began attending regularly when their son DJ started asking questions about their faith. They were grateful to find a community that embodied their values and would be an example and moral foundation in which to raise kids and grow as a family.

Doug has been involved in running Soup Sales to raise money for Camp Jewell, UGNO, serves as a Worship Associate, and sings in the Men’s and Special Projects Choirs. Participation in each of these groups has helped him form close relationships and has given him a further understanding of the congregation.

By profession, Doug is a Quality Assurance software testing consultant currently working on a project in Hartford for the State Judicial system. His occupation requires attention to detail, being able to listen to the client, asking appropriate questions and affirming that the result of their vision meets their needs. He believes that these skills will guide him as he takes on the challenges of this position.