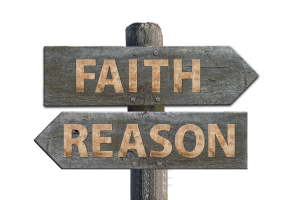 Religion and science are each at different respective crossroads today. Religion in the United States played a major role in everyday life and culture up to the Civil War and has been dropping in importance with the largest growing group in the United States today being those that profess no organized religion, while all major faiths have seen dropping numbers of congregants: materialism is ascendant. The global population today follows Catholicism, Islam, Hinduism, Buddhism, Judaism and hundreds upon hundreds of smaller sects including Unitarian Universalism: Science faces a fundamental crisis: after five hundred years of progress, it has become clear that only 5% of the universe consisting of matter/energy has been studied, while 27% of the universe consists of dark matter and 68% consists of dark energy, and there is a furious intellectual race to come up with ideas to reconcile observations with theory. Is there some possible linkage that would rejuvenate and link both science and religion? 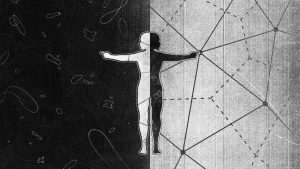 Science consists of a pyramid: physics lies at the bottom, dealing with fundamental forces (gravity, electromagnetism, and nuclear forces (strong force and weak force)) and particles (the Standard Model of 16 particles was augmented in 2012 with the seventeenth particle, the Higgs boson); chemistry is built on top of physics and provides hints at interrelationships among through the Periodic Table of Elements, and through properties of materials such as superconductors that hint at deeper interrelationships between elements; biology built on top of chemistry provides a framework for creating life out of materials, single cell and multicelled creatures that evolved over time into intelligent entities. Physics has searched for a theory of everything (TOE) since inception; the current candidate, string theory dealing with vibrating strings as the fundamental elements making up the components in the Standard Model, has been extant since the 1960s, but has yet to have any experimental confirmation. Physics has searched for conditions where all forces (gravity, electromagnetism, strong force, weak force) would be comparable to one another, and this appears to occur at the Big Bang which created the universe, but string theory cannot to date provide a TOE which explains the physics of this epoch at very small spatial scales (10^-35 meters, which is the size of a quantized portion of space, the so called Planck scale) as well as very large spatial scales (10^40 meters, the scale of groups of galaxies). 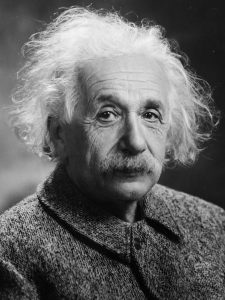 We will try to first frame the issues facing science as it tries to advance its comprehension of the world around us, and then how this relates to religion. Whenever a cross roads occurs, a giant such as Newton in gravity, Maxwell in electromagnetism, Einstein in relativity and quantum mechanics, and Feynman in electromagnetic quantum mechanics came up with ideas or concepts that were revolutionary and provided totally new ways of looking at the world and its behavior. In keeping with this, we will provide speculations, hypotheses and assertions that are truly outside the box to reconcile and bring into focus what has been lacking in science, and linkages between science and religion.