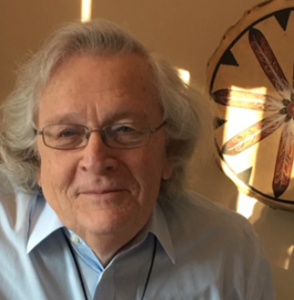 Senior Minister Rev. John Morehouse, in consultation with congregational leadership, has appointed the Rev. Jim Francek as our Volunteer Community Minister for Pastoral Care. Jim and his wife Pat have been active members of our congregation for many years leading various support groups and he has act as a coach and trainer for our Pastoral Care Chaplains. Jim will report directly to Rev. John and will respect the same covenant of confidentiality that he follows in his role as a Chaplain for the Bridgeport Hospital.

Jim received his BA in Philosophy from Sacred Heart Seminary in 1963, this was followed by four years of postgraduate studies in Theology, Humanities and Counseling at St. John Seminary. He was ordained a Catholic priest for the Archdiocese of Detroit in 1967. He served in St. Mary’s Church in Royal Oak and then at the Cathedral of the Blessed Sacrament. During the early years of his ministry he was very active in the roles of leading liturgy, teaching, counseling, pastoral care and social action. Following the civil disruption in Detroit in 1967, he was active in the Interfaith Center for Racial Justice and also worked closely with community leaders in creating a response to the increasing problems with heroin addiction in Detroit.

In 1972 he left the active priesthood to be married to his life partner Patricia. In 1973 he started a career in the field of Employee Assistance. He received his MSW from the University of Michigan in 1976. During this time Pat and he were to have two beautiful children Kate and Pete. Over the next 13 years he worked in the medical departments of Kelsey Hayes, Ford and Exxon as the senior professional developing systematic approaches to persons impacted by addiction or behavioral health issues. In 1986, he created his own firm focused on providing consultation and group facilitation around resiliency in the many organizations faced with downsizing, relocation and closure.

He and Pat returned to Connecticut in 2007 to be close to their family. In 2008 he created a website: www.ceremonieswithoutboundaries.com from which he launched a ministry- at-large offering to the unchurched. Under this format he prepares and creates customized marriage and memorial ceremonies. He pursued training in hospital chaplaincy and now works as a chaplain in the Emergency Department of Bridgeport Hospital. He also serves on the Ethics Committee of that hospital. In 2008 Jim and Pat became part of TUCW congregation.  In 2013 he was asked by members of the board of trustees to lead efforts in creating our TUCW Pastoral Care Chaplain Ministry. Within the last eighteen months he has also been active in assisting in developing our Addiction Recovery Ministry (ARM).

Jim will coordinate the overall pastoral outreach for our growing congregation. You may reach Jim directly on  203-227-7205 ext 22 or by  email.