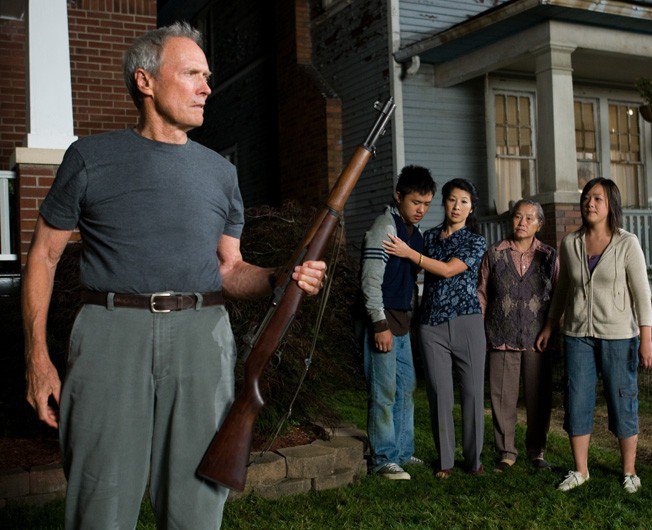 A racist Korean War veteran living in a crime-ridden Detroit neighborhood is forced to confront his own lingering prejudice when a troubled Hmong teen from his neighborhood attempts to steal his prized Gran Torino. Decades after the Korean War has ended, ageing veteran Walt Kowalski (Clint Eastwood) is still haunted by the horrors he witnessed on the battlefield. The two objects that matter most to Kowalski in life are the classic Gran Torino that represents his happier days working in a Ford assembly plant, and the M-1 rifle that saved his life countless times during combat.

If we as a congregation want to truly deepen our work in dismantling racism– as individuals, as a congregation, as a society- we need to begin by removing our blinders.  Debby Irving expertly quotes Daniel J. Boorstin who said “Education is learning what you didn’t even know you didn’t know.”  That’s what “Waking Up White” starts to do.

By sharing her sometimes cringe-worthy struggle to understand racism and racial tensions, Debby offers a fresh perspective on bias, stereotypes, manners, and tolerance.