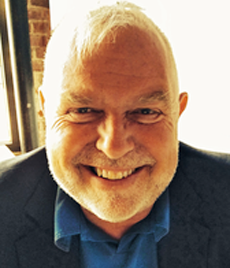 Rev. Dr. John Morehouse is a fifth generation Unitarian (one of his great-grandfathers was a Unitarian minister) and he grew up in the Unitarian Universalist Fellowship of Croton-on-Hudson, NY. After graduating in anthropology from Grinnell College, Iowa in 1979, he started a solar energy business, and later held several positions in sales and marketing before feeling the call to ministry. He graduated from Meadville Lombard Theological School in 1990 and was ordained that year.

Rev. John’s first ministry was at First Unitarian Church, South Bend, IN. From 1994-2005 he served as Senior Minister of the UU Congregation of Frederick, MD. There he led the congregation through a three-fold increase in membership and budget, and a five-year multi-million dollar building campaign. Since 2005, Rev. John has been Senior Lead Minister of Pacific Unitarian Church, Rancho Palos Verdes, CA. Under his leadership, the congregation grew in size by more than 50% and its budget doubled. In 2008, it was recognized by the UUA as a “Breakthrough Congregation.”

Rev. John is well known as a leader in the UU movement. He is an Adjunct Professor and Teaching Pastor at Meadville Lombard Theological School, where he has taught courses in congregational polity and actively mentors intern ministers. He has completed his doctorate of ministry (graduating May, 2015), and his thesis “Creating Theology Together: A Curriculum for Spiritual Leadership” is focused on helping church leaders develop their shared theology. Rev. John is also board president and senior consultant of the Chalice Oak Foundation, an organization he founded to incubate and grow UU social justice programs.

Rev. John’s ministerial record says, “I seek a calling with a congregation that is searching for a new direction forward, uniting the past with the potential for a new future. I have special skills in transforming congregations to dream of a better future, and in building stronger communities. The ministry I am hoping to find will be with a congregation interested in growing in spirit, institutional maturity and civic identity. I believe we could be the religion for our times.”

Rev. John talks about “setting free the ministry” in each of us, creating a congregation that is not “minister centered” but “ministry centered.”

Rev. John and his wife, Francis, have been married for 30+ years. They have five daughters, Portia , Fiona , Courteny, Emma, and Madeline, and three grandchildren, Skye, Iris, and Ashur.