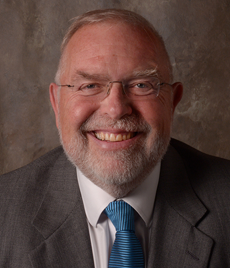 Rev. Dr. John Morehouse is a fifth generation Unitarian (one of his great-grandfathers was a Unitarian minister) and he grew up in the Unitarian Universalist Fellowship of Croton-on-Hudson, NY. After graduating in anthropology from Grinnell College, Iowa in 1979, he started a solar energy business, and later held several positions in sales and marketing before feeling the call to ministry. He graduated from Meadville Lombard Theological School in 1990 and was ordained that year.

Rev. John’s many ministries have all been centered on transforming individuals and congregations. Rev. John is well known as a leader in the UU movement. He is an Adjunct Professor and Teaching Pastor at Meadville Lombard Theological School, where he has taught courses in congregational polity and actively mentors intern ministers. He has completed his doctorate of ministry in 2015 and his thesis “Creating Theology Together: A Curriculum for Spiritual Leadership” is focused on helping church leaders develop their shared theology through the lens of racial justice making. The curriculum is now being adapted for congregational use by the Fahs Collaborative and will be available in June 2019.

Called to the Unitarian Church in Westport in 2015, Rev. John has been leading a breakthrough in organization and mission, setting the pace for a congregation that “saves lives” in the broadest possible sense. Innovative worship, a strong lay ministry of caring and reaching out to the larger community are just a few of the changes that have been bringing “the empowering ministry of all” to life.

Rev. John and his wife, Francis, have been married for over 30 years. They have five daughters, Portia, Fiona, Courteny, Emma, and Madeline, and three grandchildren, Skye, Iris, and Ashur. 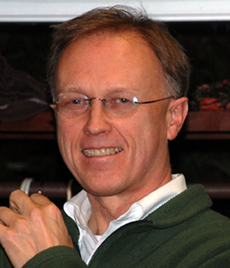 Edward Thompson, D.M.A., has been at this Church since 1978.  He holds a Masters Degree from the Juilliard School and his Doctorate from the University of Hartford.  Dr. Thompson is a past Dean of the Fairfield West Chapter of the American Guild of Organists and has concertized throughout the United States and Europe.  In addition, he teaches privately, coaches, composes and accompanies throughout the area.  He is an active member of the Unitarian-Universalist Musician's Network. 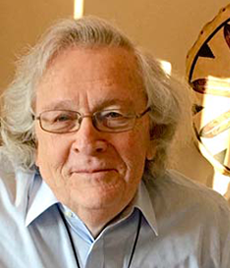 Senior Minister Rev. John Morehouse, in consultation with congregational leadership, has appointed the Rev. Jim Francek as our Volunteer Community Minister for Pastoral Care. Jim and his wife Pat have been active members of our congregation for many years leading various support groups and he has act as a coach and trainer for our Pastoral Care Chaplains. Jim will report directly to Rev. John and will respect the same covenant of confidentiality that he follows in his role as a Chaplain for the Bridgeport Hospital.

Jim received his BA in Philosophy from Sacred Heart Seminary in 1963, this was followed by four years of postgraduate studies in Theology, Humanities and Counseling at St. John Seminary. He was ordained a Catholic priest for the Archdiocese of Detroit in 1967. He served in St. Mary’s Church in Royal Oak and then at the Cathedral of the Blessed Sacrament. During the early years of his ministry he was very active in the roles of leading liturgy, teaching, counseling, pastoral care and social action. Following the civil disruption in Detroit in 1967, he was active in the Interfaith Center for Racial Justice and also worked closely with community leaders in creating a response to the increasing problems with heroin addiction in Detroit.

In 1972 he left the active priesthood to be married to his life partner Patricia. In 1973 he started a career in the field of Employee Assistance. He received his MSW from the University of Michigan in 1976. During this time Pat and he were to have two beautiful children Kate and Pete. Over the next 13 years he worked in the medical departments of Kelsey Hayes, Ford and Exxon as the senior professional developing systematic approaches to persons impacted by addiction or behavioral health issues. In 1986, he created his own firm focused on providing consultation and group facilitation around resiliency in the many organizations faced with downsizing, relocation and closure.

He and Pat returned to Connecticut in 2007 to be close to their family. In 2008 he created a website: www.ceremonieswithoutboundaries.com from which he launched a ministry- at-large offering to the unchurched. Under this format he prepares and creates customized marriage and memorial ceremonies. He pursued training in hospital chaplaincy and now works as a chaplain in the Emergency Department of Bridgeport Hospital. He also serves on the Ethics Committee of that hospital. In 2008 Jim and Pat became part of TUCW congregation. In 2013 he was asked by members of the board of trustees to lead efforts in creating our TUCW Pastoral Care Chaplain Ministry. Within the last eighteen months he has also been active in assisting in developing our Addiction Recovery Ministry (ARM).

Jim will coordinate the overall pastoral outreach for our growing congregation. You may reach Jim directly on  203-227-7205 ext 22 or by  email. 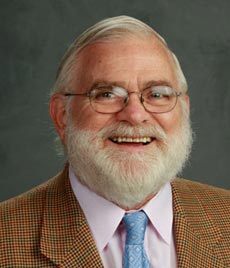 Frank Hall was called to this congregation in 1984, after serving a Unitarian Universalist church in Attleboro, Massachusetts, where he was ordained in 1972.

He has a Master of Theology degree from Boston University.  His undergraduate degree is from Salem State College, and a Master's in Education from Northeastern University in Boston.  He taught at Wellesley High School from 1962-69, when he entered seminary.

Frank has two grown children, Jonathan and Susan, two grandchildren, Alex and Hannah, and he lives in Westport with his wife, Lory Nurenberg. 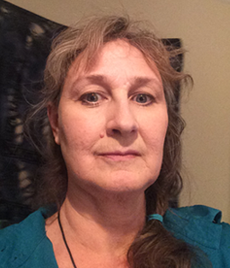 Currently a seminarian at Meadville Lombard Theological School in Chicago, Kim will be starting her 2-year internship with us during the summer of 2020. As a long time member of 2nd Unitarian Church in Chicago, Kim was the coordinator of the social justice committee and the chair of their anti-racism committee. Her professional experience includes middle school math teacher and other positions in education. While attending GA with a friend as a teenager, she got “hooked” on the common values of UUism. Extensive travel throughout life has brought her back to the east coast. Though she is aware of changes since living here many years ago, Kim considers it a homecoming of sorts. We are delighted to welcome her.